Rowan Steer the Managing Director of Integrity Funerals and Integrity International has over thirty years of experience in the funeral industry, starting as a 16-year-old, and in that time performing over 10,000 funerals, exhumations and repatriations. His experience extends to many different cultures and religions and his care and respect for all beliefs are of the highest priority.

Our company based on the Gold Coast specialises in the transfer of human remains to every country of the world but specialise in New Zealand and the South Pacific islands transfers. If you are faced with the need to arrange an International Funeral Transfer to New Zealand or one of the South Pacific islands we hope by our specialised knowledge and understanding of this process, we can help you make this very daunting and sometimes complex task easier for you.

Queensland and Australia are among the world’s premier tourist destinations. The beauty of our coastline and climate means that people are eager to travel, study, work and retire here. Integrity Funerals International has a special dedication to, and understanding of the important and sometimes complicated task of the careful transfer of human remains to and from countries all over the world as well as different States within Australia. 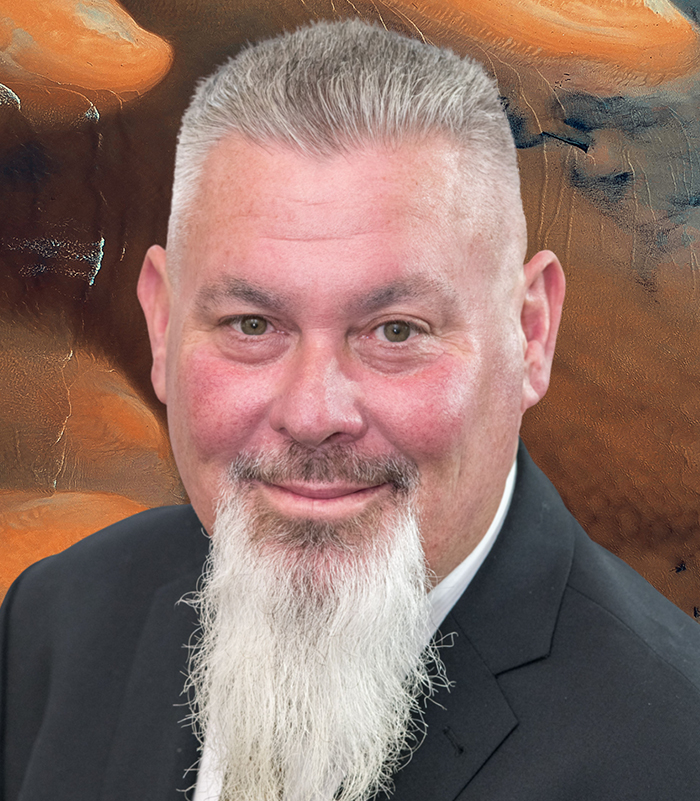 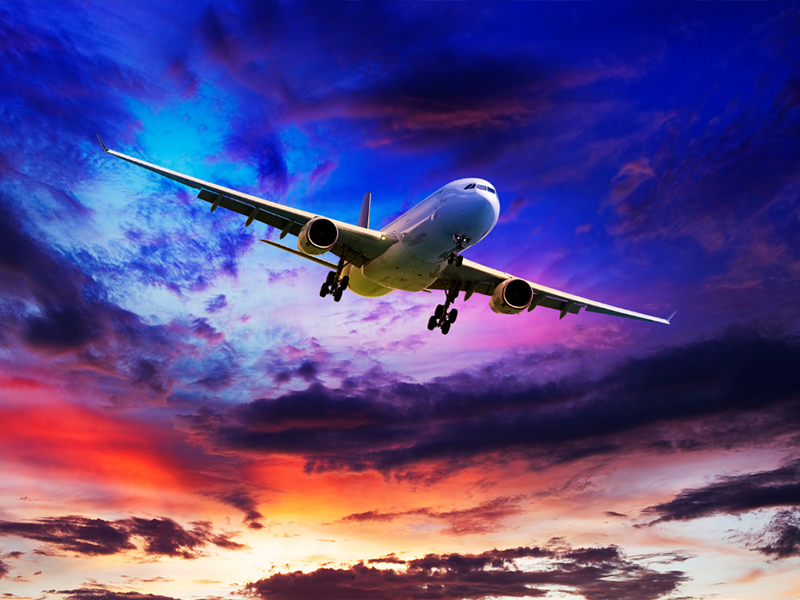 An International Funeral Transfer can be a very daunting task, dealing with travel insurers, consulates and airlines, not to mention the intricate legal requirements surrounding the process and the fact that on many occasions there are language barriers and important cultural requirements.

Queensland and Australia are among the world’s premier tourist destinations. The beauty of our coastline and climate mean that people are eager to travel, study, work and retire here. Integrity Funerals International has a special dedication to, and understanding of the important and sometimes complicated task of the careful transfer of human remains to and from countries all over the world as well as different States within Australia.

As when any person dies, the first priority is to transfer the person to a place of safety and care, until the appropriate relatives can be advised and their specific instructions obtained.

Once these instructions are clear (and they may come from the family, the travel insurer, or possibly even the consulate of their country of origin) the following information will first be required by Integrity International.

Information we need to know

The Consignee is the person receiving the freight again generally a Funeral Director, human remains are precious cargo, which requires specific care and attention on arrival at its destination.

All international Air carriers have similar standard operating procedures built on the ideals of respect. The first cargo to be unloaded from an international air flight should be a casket bearing Human remains.

It is the Consignee’s responsibility to commit to be awaiting the arrival of the deceased at the airport of destination, at the time of arrival to take into his/her casket into care, after Customs and Quarantine have been checked and cleared by the appropriate documentation.

The Consignee must also have an adequate vehicle to transfer the deceased to the funeral facility on arrival. The Consignee may also be required to pay any import tax or custom tariff on arrival to the country of designation.

The process of what’s called an OK to forward be what the booking process is called to send an NHS or Natural Human Specimen from one country to the next. It is the term used to give the green light to forward all types of freight within the world after all approvals have been ascertained.

The Consignor will contact the airline generally via a professional freight forwarder to create the freight or flight booking.
At this point an air weigh bill is created which is the international system for the systematic direction and tracking of all items of freight.

The departing airline will contact the airline at the arrival destination to seek the commitment of the Consignee or receiving Funeral Director to agree to the above criteria as the Consignee.

This process is then reversed back to Consignor or sending Funeral Director and the consignment is endorsed as OK to Forward, only then can the booking be confirmed.

It should be noted with time and date line difference this can sometimes take 24-48 hours.

Regardless of the country of destination or origin of a person, the death must be registered prior to departure in the normal manner with the local Registrar of Birth, Deaths and Marriages. The local Registrar, once advised of the death, should also receive notification of the intention to transfer the person from Australia. In most instances three certified Death Certificates are required for the repatriation of someone who has died internationally and they are treated in the following manner.

1. One is for the airline and usually accompanies the airline weight bill. This certificate is often kept by the airline for their records.
2. The second is for the Funeral Director at the destination to perform the funeral at the cemetery or crematorium.
3. The last is for the family’s legal purposes in relation to finalising estate matters in their own country

It should be noted that for some counties a certified Australian Death Certificate may need to have a consular endorsed seal or have a complete translation to become legal tender in the country of destination.

It should also be noted that some countries require an international notary republic to witness, endorse and sign a photocopy of the certified Death Certificate for it to become legal tender in the country of destination.

One of the first rules of air travel is that the deceased must be embalmed. This preservative treatment of the deceased is required to alleviate the need to keep the deceased in a cooled environment. This procedure preserves and hopefully improves the condition of the deceased until they arrive home.

It also ensures the hygiene and safety of the staff that handle the casket at various stages of the journey.
Unless there is a significant religious or cultural objection this is normally a mandatory requirement.

The deceased person must be placed in either a heat-sealed polythene body bag, it should be noted some countries require an inner metal or zinc liner container within the coffin.

A more modern approach is a new material called Bio-seal which is a mixture of both, best described as a metallic body bag. This material melts together when heat is applied creating an air and water tight hermetical seal require for air carriage.

The pleasing nature of Bio seal unlike a metal or zinc coffin liner, is that on arrival it can be opened simply with the use of scissors, making it much easier for the Funeral Director to open and allow the family to see their loved one once they are home.

Once sealed in the manner described the person who has died is placed in the coffin/casket of choice, which is then wrapped for its protection and safety in an outer cardboard coffin. This is generally done to protect the coffin or casket so it may be used on arrival at the destination for the funeral.

This casket is then wrapped in an outer material called sisal craft, which is best described as a waterproof tar paper to keep the coffin protected and dry during air transit.

During air carriage the casket must be identified clearly with the name of the Consignee, the destination and the deceased’s name.

The Australian Government has the Department of Foreign Affairs and Trade known as DFAT. This is our Government’s help to the traveller abroad, not just in the matter of someone’s death, but in all matters of assistance to the traveller. DFAT has many functions but is an important help to both Funeral Directors and families who have had a death abroad. Firstly, most if not all countries have an Australian High Commission that manage diplomatic and Consular assistance abroad. They can provide local information in relation to the deceased’s whereabouts, links to local law enforcement officials and coronial facilities. They can also assist with translation, as often the first difficulty families have to face is to assess and understand what has happened. Most High Commission or Consuls aboard have local understanding about which Funeral Directors have the professional capacity to transfer a deceased internationally. Not all Funeral Directors in the world have the practical knowledge to facilitate an international repatriation and it best to deal with a recommended company who has a sound history and understanding of the process. Put here the link to Australian Embassies, High Commissions, Consulates, multilateral missions and representative offices DFAT will also ultimately approve and import permit given by the Australian government, to allow the deceased to be transferred into Australia. This import permit is usually applied for and given in conjunction with the High Commission or Consulate in the country you are dealing with and the Funeral Director consigning the deceased to Australia. It should be noted that DFAT does not fund for or organise international repatriations from other countries. They are there to provide practice assistance and help in the process. You must engage a funeral professional to help you in the process. Our best advice is to contact us here at Integrity International, so we may help you simplify the process. Because of our network of funeral partners throughout the world, we can often provide much quicker understanding and information about the situation. It is always a good practice to involve Funeral Directors around the world that have accredited memberships in funeral associations of the country involved. They are obliged to adhere to the high standards and professionalism of their Association’s Codes of Conduct and Regulations.

Most families will receive a notification at their home by the local police. This initial call is often the first news of their loved one’s death. Often you are not sure where your loved one is or what has happened and there are many calls to advise immediate relatives and friends. This is often a very difficult time.

The staff of Integrity Funerals International realise that on most occasions it is the desire of the family to travel with their loved one. On every occasion we will seek to assist the family book on the same flight home as the person who has died.

We understand it is important for family to be together on the flight home so they have the comfort of each other’s support. This is not always easy at short notice. We offer you our every effort, using our contacts in the travel industry, towards achieving this.

We Are Here For You Today